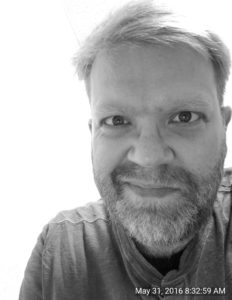 Greg didn’t start in the computer industry, but instead has his undergraduate degree in Geology and was the Staff Paleontologist at Ward’s Natural Science for 10 years and the head Geologist at World of Science.  This background in the non-technical helps Greg communicate complex technical issues to non-technical people.  That standard techno-geek that we’re all used to, is definitely not Greg.

Greg lives in Greece with his wife of 30 years, two sons, a daughter, and a two McNabs.  He volunteers his time at his Taekwondo School he started in 2008.  Greg is a 3rd Degree Black Belt in Chung do Kwan Taekwondo and teaches over 80 students 3 times a week.